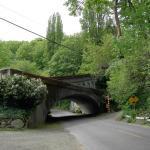 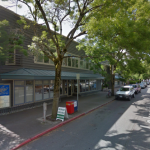 The easiest way to describe the location of Leschi is to say it is between the two bridges that cross Lake Washington. The land has been carved by long ago glaciers and there are many steep hills and valleys in lower Leschi while upper Leschi has some breathtaking views of the Lake and Mt. Rainier.

The lakefront area of Leschi is accessed by Metro Bus #27 while upper Leschi has a few more public transportation options: Metro Bus #14 runs on Jackson from Mt. Baker neighborhood to downtown Seattle. Metro Bus #8 runs north along Martin Luther King Jr. Way from Yesler and is the best way to get to Seattle Center from the neighborhood. Bus #3 runs on Cherry St. the northern boundary of the Leschi neighborhood, also to downtown.

Leschi has a small business district with several restaurants along Lake Washington/Lakeside Ave. There is one elementary school, Leschi, on 32nd Ave at the top of the steep, curvy Lake Dell Ave. The other pubic facility is the Central Area Senior Center, perched on the edge of the cliff with a million dollar view of the lake, the I-90 bridge, the Cascades and Mt. Rainier. The Center is located at 500 30 Ave S. and it is available for rental for events. (Courtesy of Leschi Community Council)

The History of Lake Washington Blvd 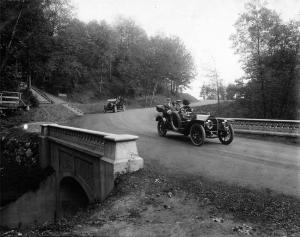 Lake Washington Boulevard is a Seattle Department of Parks and Recreation property that extends from the Montlake neighborhood to Seward Park, on or near the shore of Lake Washington. John Charles Olmsted (1852-1920) located it in his 1903 plan for Seattle’s park and boulevard system to take advantage of Seattle’s landscape, including the lake, forested parks, and views across the lake and of distant mountains. The boulevard was constructed in parts, starting with an initial section in Washington Park. More than five miles were completed in time for the Alaska-Yukon-Pacific Exposition held on the University of Washington campus in 1909, and the final segment was opened in 1917. Where possible, the roadway follows the lakeshore, but some subdivision plats preceded the boulevard and it climbs the adjacent hillsides to skirt them, and to gain views and link to parks. As the city has grown up around the boulevard, most of the forest and the clear-cuts have been replaced by neighborhoods, filling in between the numerous parks dotting its 9.2-mile length. It is an on-going challenge to maintain the integrity of the boulevard in the face of increased traffic and development, but its importance in showcasing the beauty of Seattle’s natural setting is unparalleled.

While Seattle had undergone explosive growth in its short history, in the 1890s there remained large tracts of second-growth forests within the city limits. City leaders foresaw (and hoped for) a day when homes and businesses would fill every nook and cranny of the city. Influenced by the City Beautiful movement, they wanted to have a plan for a park system. Edward O. Schwagerl (1842-1910), the city’s park superintendent, created a plan consisting of four large parks connected by boulevards in 1892. An ensuing recession triggered by the Panic of 1893 put that plan on hold.

After the Klondike Gold Rush in 1897, the city resumed its galloping growth. Civic leaders again turned their attention to developing a park system. The privately owned Seattle Electric Company made the first contact with Olmsted Brothers Landscape Architects in Brookline, Massachusetts, since parks were an important draw as destinations for its streetcar lines. This contact was followed by an invitation from the city park commissioners. John Charles Olmsted arranged a combined trip to the West Coast in 1903 to advise Portland on parks and on designing grounds for Portland’s 1905 Lewis & Clark Exposition, and then to visit Seattle to develop a park system plan for that city. Olmsted had joined his step-father, Frederick Law Olmsted Sr. (1822-1903), who designed Central Park with Calvert Vaux and is considered the father of landscape architecture, in his practice in 1878. After his step-father’s retirement, he and his half-brother, Frederick Law Olmsted Jr., continued the family firm as Olmsted Brothers Landscape Architects, which was recognized as the pre-eminent landscape architecture firm of the time.

Olmsted arrived in the spring of 1903 to tour Seattle and meet with park commissioners. He traveled by streetcar, on foot, and in boats to all parts of the city, including to several large tracts of land already acquired for park use. He worked closely with the park commissioners to develop and then promote the proposed plan during his month-long visit.

Olmsted finalized the plan after he returned east in June and submitted it to the park commissioners in July. They approved it in the fall and sent it along to the city council, which adopted it on November 16, 1903. The park system plan included recommendations for new park land acquisition and the development of existing park lands, such as Volunteer Park on Capitol Hill, and small neighborhood parks tucked into undeveloped lots. The plan also included five sections of boulevards that would ring the city. Land prices in the central business district had already risen enough that it was too expensive to buy enough land for a boulevard through the downtown.

The boulevards ran between large city parks, such as Jefferson Park on Beacon Hill, Washington Park in the valley east of Capitol Hill, and Green Lake Park in the city’s north end. In 1907, the park commissioners hired Olmsted to expand the system plan to include newly annexed lands to the north and south. Olmsted added additional boulevards in West Seattle, South Seattle, and Ballard. The siting of boulevards took advantage of ridges and shorelines, to incorporate views of water and mountains, and of the many ravines along the sides of the hills, to be immersed in the native woods. This use of what landscape architects call “borrowed landscapes” can be found in a number of Olmsted-designed features in Seattle.

A key element of the boulevard system Olmsted designed is Lake Washington Boulevard, which was originally made up of individually named boulevard segments until they were renamed as one in the early 1920s. It connected a number of parks, including Washington, Frink, and Colman, and showcased the region’s beauty with views across the water and out to the distant mountains. In 1906 voters approved a $500,000 bond issue for parks and Olmsted wrote to Commissioner J. Edward Shrewsbury (d. 1931), “In short, I distinctly advocate the expenditure of practically all of the half million dollar loan in parks having landscape advantages, mainly upon areas along the shore of Lake Washington, including also an area on Magnolia Bluffs overlooking the Sound” (Olmsted to Shrewsbury).

Olmsted encouraged the city to extend Lake Washington Boulevard south to the Bailey Peninsula even before that land (now Seward Park) was purchased for park purposes in 1911. The peninsula jutted into Lake Washington and, unlike most land near the city, retained its old-growth forest. Olmsted saw potential for a large park with native plants and undisturbed forest land. Olmsted’s plan included a boulevard starting at the peninsula and following the lake shore to Colman Park (north of the Mount Baker neighborhood), where he proposed the road would climb inland to run along the ridge northward before dropping down again to the shore north of Leschi Park. Farther north, much of the land on the point at Madison Park had already been subdivided and so from the Denny Blaine neighborhood south of Madison Park the route turned inland and angled northwest over the hill to Washington Park.

Please enter your username or email address. You will receive a link to create a new password via email.